The Riddle of Misty Village is a fun little imaginary game project that I got to work on this Spring! I never thought it could be much fun designing the look and feel of a game. 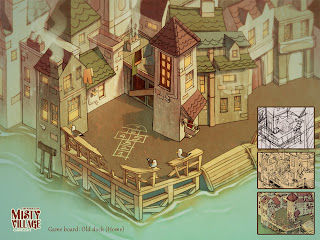 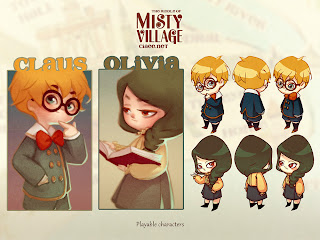 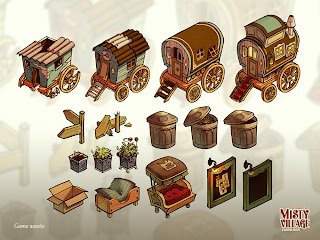 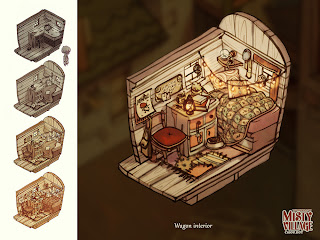 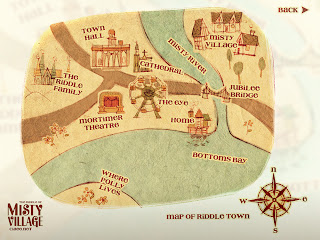 And here's a mock screencap: 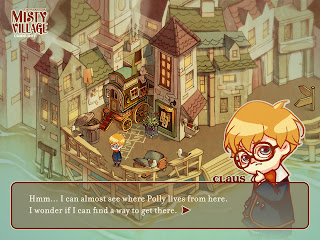 I want to give a shoutout to Chris Carman for offering a ton of useful feedback and Ryan Prothero the all the hard work he put into the coding/scripting/crazymathstuff. You guys are awesome! :D

This event has ended. Everyone who sent in their entry by December 21, provided that the entries were complete with all the information required, will receive a personalized copy of the calendar in the mail.

It's time for me to give something back to the people who like my work and also to those have been so supportive of me. So here's a small giveaway event. I had designed a tiny calendar and it's my sincere wish to mail one out to everyone, but I only have enough material to print 100 copies before the new year comes.

Oh, and here's the aforementioned calendar that may or may not be worth your trouble. :D 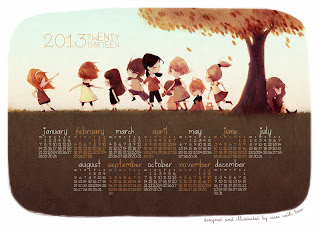 Again, I'm really sorry that my budget only allows for mailing to US addresses right now. I'll try to include everyone else the next time!

*Giveaway event ends once 100 responses are received or on December 21, 2013, whichever occurs first.

Quite shockingly, I was pretty productive during my break in Malaysia this time around. I met a lot of cool people, visited a durian orchard, stuffed my face with durian, went to Penang, stuffed my face some more with Penang food, checked out a fish farm, stuffed my face again with fresh seafood, had chunks of stubborn goop removed from my sinuses and my septum straightened, stuck to my workout routine, spent some quality time with old friends and family... 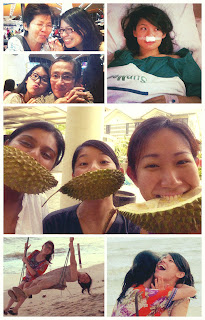 ... and on top of that, I actually managed to get a few *gasp* paintings done. 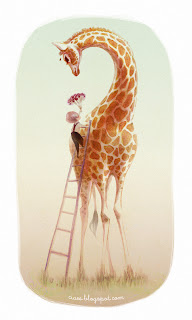 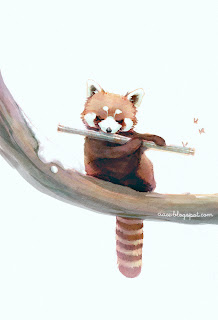 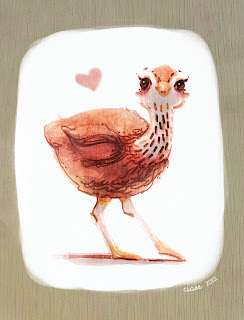 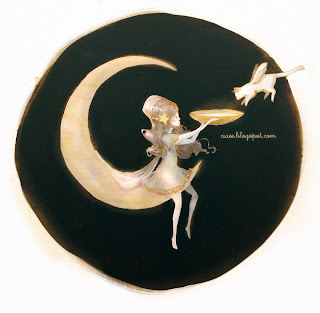 So... it's the end of yet another semester! After eliminating the ones that will probably hurt your eyes, only 6 miserable images remain. 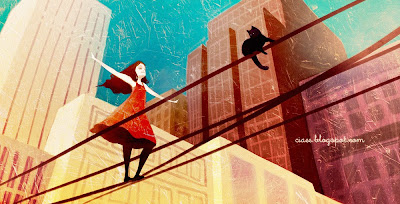 Still working on getting over my fear of drawing from life... 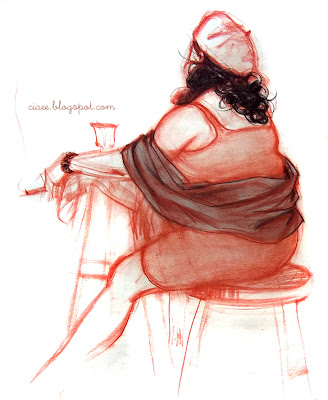 I seem to only ever make decent drawings when Connie models. 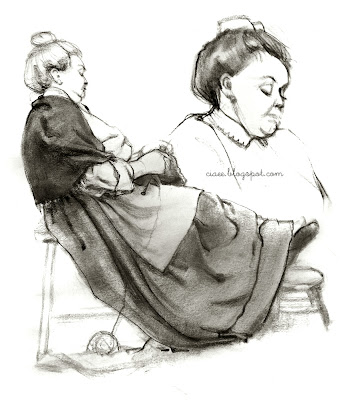 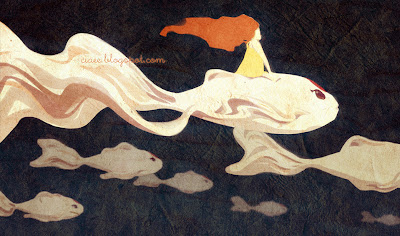 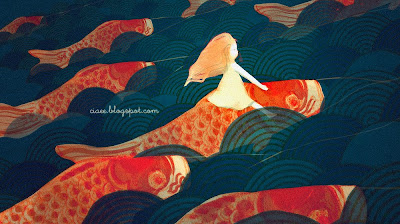 
I feel like such a disappointment to everyone (and myself) this semester... *sigh*

My crazy, talented friend, Leo Dasso is making a totally bad-ass game with its graphics drawn entirely with ballpoint pen on college-ruled paper. The game is a side-scrolling space-ship shooter that will be playable on Android systems, as well on PC and Mac. (Beta release date: July 2012) College-Ruled Universe has a Kickstarter page and it needs enough support to become real, so if you think it's a cool idea that needs to happen please help out!

For those who aren't familiar with how Kickstarter works, it's like this: You may pledge any amount of money to help back the project with a total goal of $6000. If this goal is achieved by April 7th, you get the rewards listed on the page (eg. the game, artbook, soundtrack, original artwork... etc.), the game becomes a reality, and love will continue to make the world go round. If the goal isn't reached, well, you get to keep your money but there will be no rewards, the world will be a less awesome place, and the game won't happen for a while. ):

Only 17 days left; spread the word!

Last update of the year

Merry Christmas, everyone! Phew, this semester was a roller-coaster. My body literally refused to function for a week. (Me: Come on! Body: Nope.) So after many days of sleeping, eating really yummy food and catching up with friends, I decided that I should at least update my blog...

These are all for a story that I'm writing. I don't wanna give away too much, but it involves a girl with a birthmark, fishes and birds. :D

Definitely still trying to figure out the kind of look that I'm going for...

Book Arts completely knocked the wind out of me this semester. I wasn't expecting such a heavy class! However, I did have a lot of fun and Macy Chadwick is one of the sweetest and kindest teacher I've ever had. Here are some of the stuff I made for that class:

I made a book that's also a daisy. It's not very big, but it contains all of my heart and my love. Hope you'll like! :D

To address the many requests for tutorials, I did not invent the folding technique used for this book. This structure is commonly referred to as the 'star book' and I learned it in my bookbinding class. I came up with the idea of turning it into a daisy and did this by rounding off the corners and using more pages (9) instead of the usual 5 or 6.

There are many tutorials online that you can find if you want to learn how to make your own star book. These are the best ones that I had found: